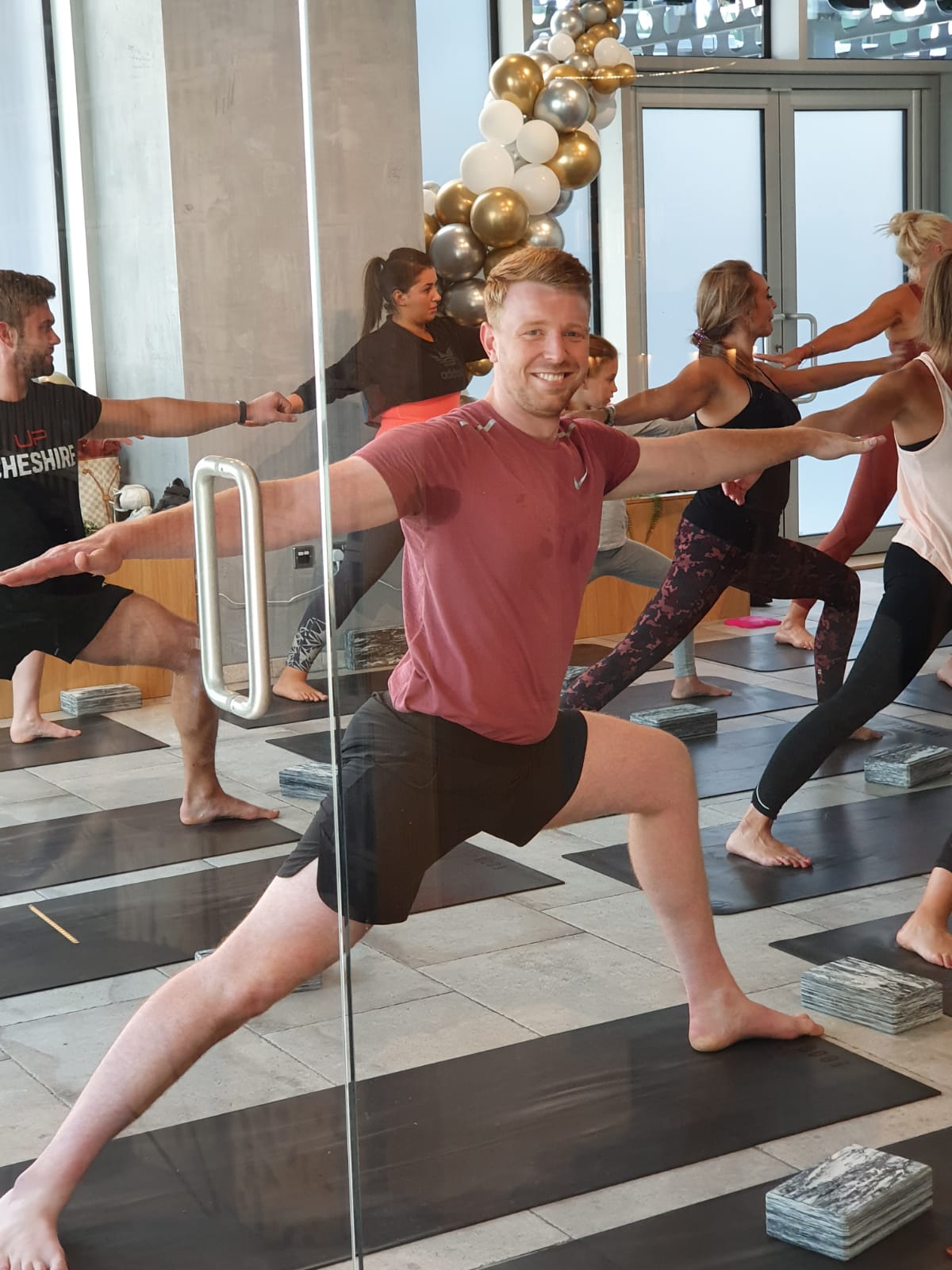 Ash is one of our founding members at The Studio
GO ASH!

Ash has been with us from the very beginning keeping up his commitment to yoga! He’s pushing himself to reach the goal of completing 100 classes by the end of the year!

He came to The Studio for peace of mind, hoping yoga would help direct negative thoughts in the opposite direction, and to add a sense of calm to an already hectic lifestyle and busy mind.

Ash is feeling focused, positive, and has gained a CAN DO mindset throughout his time at the Studio!

Did you catch Ash in his running shorts sneaking off for a cheeky run after class this year? That’s because running a Half Marathon was on his to do list…

AND HE SMASHED IT!

…As well as improving his flexibilty in his shoulders and hamstrings to help him along the way – you can thank the yoga for that, Ash.